I’ve always been intrigued by the performances of highly-touted incoming freshmen. Although most of the big names are usually one-and-done players, it’s still fun to see their development during that one year on campus before heading to the NBA bag.

So as College Basketball season kicks off this week here’s our list of the Top 10 one-and-done freshmen who should be prime picks in the 2021 NBA Draft. 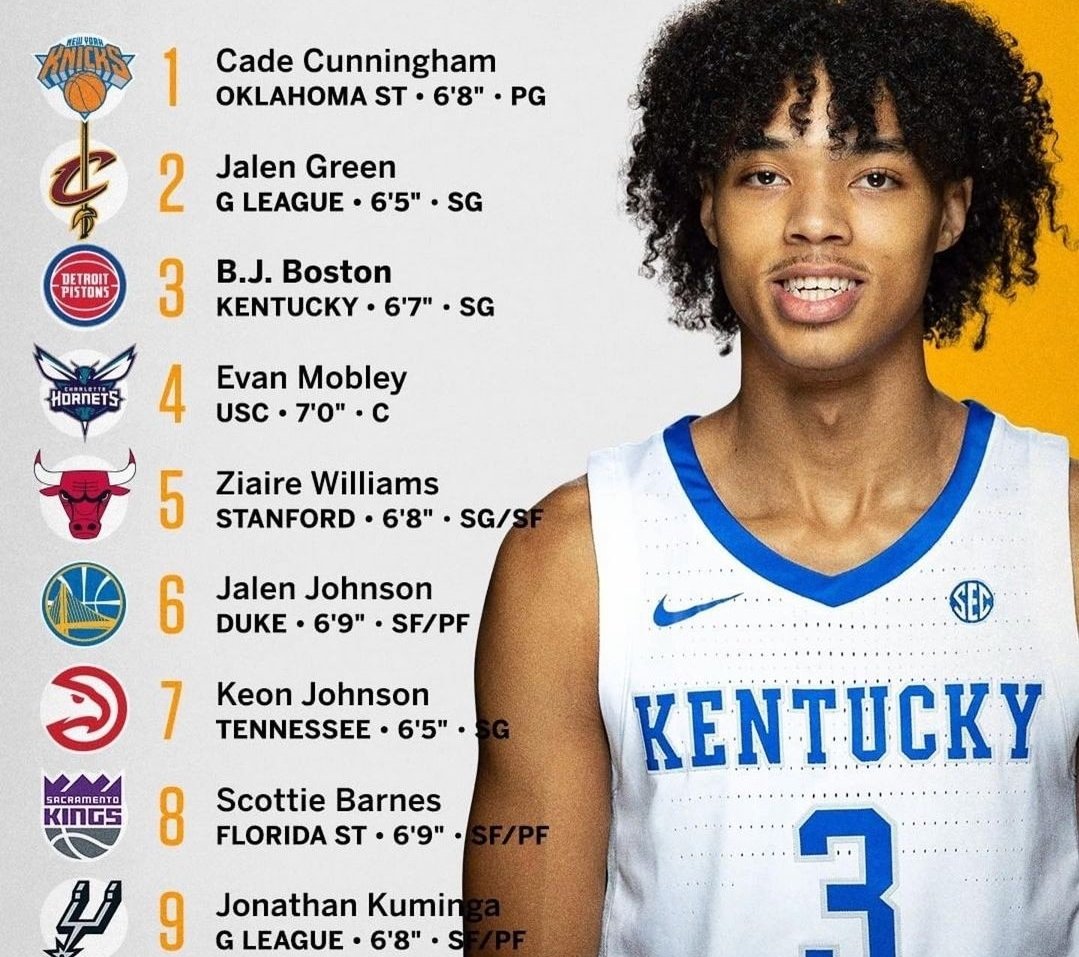 The budding, do-it-all talent is a smaller version of Ben Simmons, although he’s shown the ability and willingness to shoot it from distance.

He’s got a nice package from scoring to assisting to defending and is always in complete control of the pace of the game. Cunningham has superstar potential and the mental and physical makeup to turn a dormant franchise around as the cornerstone.

Green is a superb athlete with real NBA skill already and he decided to take his talents to the G-League for a season. The former Prolific Prep star has the ability to be the No. 1 overall pick as well. He will push Cade Cunningham for that spot as the year progresses and we get closer to the draft.

Boston really emerged during his senior year of HS. He’s got elite handles and shooting ability. A long and wiry build for a kid whose stock is soaring every time out. He shows some resemblance to KD with his shooting and ball handling at times but more like “BI” in the long run.

Johnson already has an NBA ready body and elite athleticism. That in itself has helped him skyrocket up the mock draft. He’s a prototypical point/wing with excellent vision, scoring ability, and versatility.

Kuminga is a big, strong and bouncy athlete with elite physical tools and an emerging overall game. He has the makeup of an elite defender able to guard multiple positions with ease.

Mobley is a freakishly athletic player for a 7-footer. He tends to make the game look easy most times. His upside has levels to it, but he’ll need to add a lot of lower-body strength.

Williams is an excellent open court athlete with an intriguing upside. He continues to show development in his overall perimeter skills. George was a late bloomer as well.

Our @therealZiaire joined @GoodmanHoops as part of his series interviewing the elite freshmen in college basketball. Get to know his name #GoStanford pic.twitter.com/LxMnkbndRx

Barnes is a sensational all-around talent, with great ball skills and passing ability in a big solid 6’8 frame. High IQ player on both ends.

Suggs is a powerful combo guard who can get to the rack and overpower opponents in the lane. Has lead guard skills and an attacking downhill style.

Jalen Suggs, oh my. What a finish. pic.twitter.com/oCAvNu5aWI

Brown is a “bouncy” player with a super quick first step. He possesses great above the rim ability with a very solid face-up game. Despite his size, he flexes a sound handle which allows him to take his man off the dribble and explode above the rim. Has real star potential.