There’s been unprecedented elevation and success for women in sports the past two years. The list of women executives in the front offices of pro teams and those holding leadership titles of significance in sports organizations and conferences – from human resources to the coaching sidelines — is steadily increasing.

The WNBA made former Deloitte CEO Cathy Engelbert its first-ever commissioner and has since negotiated a new, historic CBA. Former WNBA player Swin Cash was named Vice President of Basketball Operations and Team Development of the New Orleans Pelicans, placing her among the NBA’s highest-ranking female executives. 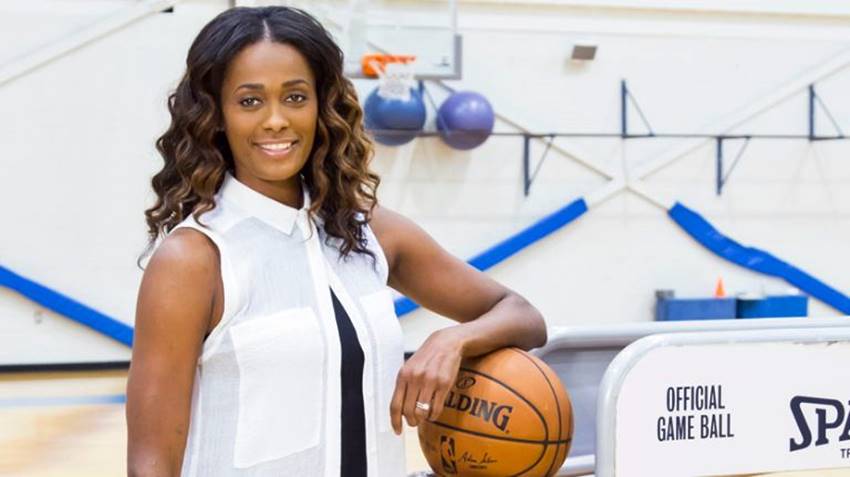 Former NHL executive Jessica Berman was named deputy commissioner of the National Lacrosse League – the first time a woman has held this title in a male sports league.

We’ve acknowledged the advancements being made in MLB and the NFL as well.

The novelty of hiring women to prominent positions in men’s athletics and the overall hiring gains for women at the intercollegiate and professional levels isn’t sustainable without solid pipelines of female candidates and progressive decision-making by hiring managers. Preparing these women for opportunities and training them on how to navigate what is still a male-driven, often chauvinistic corporate landscape in America is just as important.

That’s where Gemma Toner and TONE Networks comes into play.

Toner, founder of TONE Networks, a video-based learning and leadership development platform designed to empower tomorrow’s female leaders, partnered with the Atlanta Braves —  one of the first sports teams to embrace executive coaching and development geared towards women’s advancement — and implement a dedicated program to encourage their female employees’ growth.

Toner, a nationally recognized multimedia expert and the CEO of ChartOne Media, a SaaS platform, sought to create a way to empower women in all areas of their lives in accessible and entertaining ways, so she launched TONE Networks in October 2017.

Through TONE Networks, Braves employees have 24/7 access to the resources they need to lead, manage, and progress in their positions.

Toner, who immigrated to the United States from Ireland with her family at an early age, had a successful corporate career before starting Tone and hooking up with DeRetta Coles Rhodes, PHD, Senior Vice President Human Resources with the Atlanta Braves organization.

The daughter of educators, Rhodes was an honors student and accomplished debater with sights set on law school when her family moved from Kansas City to Douglasville, Ga., just prior to her senior year of high school.

Rhodes stood out as one of only a few African-Americans at the school, and it proved to be a turning point in her life.

Rhodes later became the first African-American to speak at her high school’s graduation ceremony. The experience of standing out as both a minority and a female in the small community shifted Rhodes’ perspective.

“I think what it did for me was it made me feel like ‘OK, I’m always going to have to show up a certain way,’ ” she told facs magazine. “I use the term ‘body bag’ because when people look at you, that’s the first thing they see: the body bag you sit in. When they get beyond what they see, maybe they’ll understand a little bit of who I am.”

Toner had similar experiences as she scratched her way up the corporate ladder, enduring all of the pitfalls that impede women from achieving success in a male-dominated industry.

She studied accounting at Villanova and made her mark in the cable industry where she was a known as a talented and “aggressive” senior executive for more than 20 years, with nine years at Cablevision and additional time spent at AMC Networks where she ended her tenure there as the SVP of New Media Development in the era when new media was in fact new.

Her experience is impressive, as is her commitment to serve and help people.

The Shadow League spoke with Gemma about her goals with TONE (which provides an online library of 1,000+ videos featuring top experts and career coaches) as well as the progress she’s seen regarding female empowerment and where there is still a need.

The Shadow League: What is TONE Networks?

Gemma Toner: TONE Networks is a virtual leadership platform designed for women. My objective was to help women get access to experts and executive coaches that are quite frankly reserved for a very small percentage of the population. I wanted to democratize access and find a way to help as many women as possible move forward in their careers and personal lives.

TSL: How did you start expanding your platform and resources to MLB teams?

Toner: Baseball was the first to say yes. We found the right fit, at the right moment, with the right leadership

Because we are a learning and leadership platform, we have a library of over 1000 microlearning videos, we host live stream events, which are opportunities for women to tap into experts in all different types of areas of our lives: career, work-life, mind and body

We work with companies that are looking to manage their pipeline of human resources, talent, and employees… so we ended up working with the Atlanta Braves because they understood the power of coaching and what it could do and they wanted to offer it to all of their women employees.

TSL: Why is having more women leaders in male-dominated sports important?

Toner: There’s been plenty of studies. It’s better for business, having more diverse opinions and ideas yield better productivity and better results. It’s not only the right thing to do it’s the smart thing to do if you want to run your business and grow and be as competitive as possible.

TSL: Your interest in this kind of endeavor?

Toner: I was not that great of an athlete but I worked in corporate America and had the advantage of having sponsors, mentors, and access to expert and executive coaches. I realized that not everybody gets that and I wanted to find a way to get women access to that.

Why did I create a software content and data company that caters to women? Well, because I want women to succeed and I recognized the gap in the marketplace, that there weren’t resources designed for women and that also we needed to find a way to get as many women as possible access to a way that can help them forward their careers.

TSL: Where did you grow up?

Toner: My family immigrated to Long Island, NY from Belfast Northern Ireland when I was very young so I consider myself to be a New Yorker. I think what influenced me most was watching and seeing my parents’ story of coming to this country and living out the American Dream. But in order to achieve that everyone needs help along the way and I had it instilled in me very early on to help others.

Toner: Oprah is someone who has done it all and gives back. My journey’s been inspired by people who are successful in whatever they do. Also, Melinda Gates. These women are widely successful, but also use the benefits of their success to help others.

TSL: Women have traditionally been underrepresented in sports and business career fields, but progress is being made. What’s your ultimate goal?

Toner: My goal is to continue the momentum. I think there’s progress being made but the challenge for myself and my company is how can we accelerate that by providing companies with resources that help women become more supported and move up in those environments.

Whether it’s specific to executive coaching or confidence or speaking out in meetings.Or women with strong opinions being discouraged and misinterpreted. All of those are topics that we address and handle at TONE. Work-life balance, stress, etc…and sports being an industry that’s male-dominated, we certainly help provide a resource that’s designed for women while helping companies build communities within their own companies of prepared women.

Getting women to support and help each other as well. The type of companies we work with are the kind of companies that see this as important. They are holding themselves accountable if you will, so I’m very grateful to be working with sports teams.

As the sports landscape changes and diversity is embraced and recognized as a powerful business tool, experienced corporate CEOs like Gemma Toner will play a large role in teaching, inspiring, and developing future women leaders and pioneers.

Trade In The Shorts For Snorkle: MLB All-Star Game Moves To Denver