While the rap community is still grieving the loss of LB da Boss, details about the accident are emerging. One key point … Bill Collector was not on the boat or at the park during the incident.

Instead, he was the loudest voice out recruiting people to come and help find his friend.

His passionate plea led many to believe that he was actually more involved in the accident than he was. While attempts were made to contact him early on, understandably his mind was set on finding his friend before it was too late.

“Yo my brother London LB Fields went missing yesterday after a fishing trip and we need help searching for him! Nobody is helping us! Not the police, the news or the nigga he went with! If anybody wants to help we are at French Creek, Hopewell Lake! Its only us and one fuckin boat! 🙏🏾🙏🏾🙏🏾🙏🏾🙏🏾🙏🏾🙏🏾” 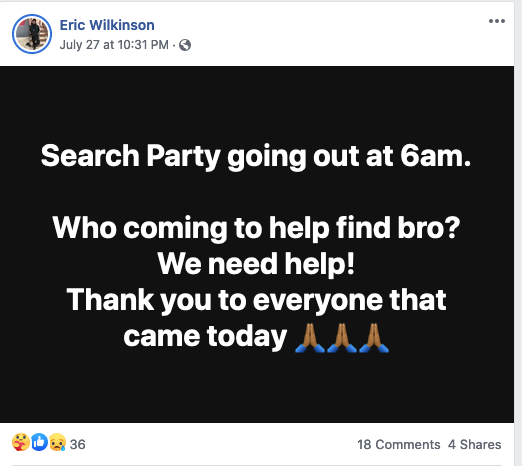 There were multiple people in the boat when it overturned, according to the local news. It was reported, that everyone but LB was found safe. LB’s body was discovered on Tuesday, July 28th.

As a battler, he was competitive in the Jersey-based league, Gates of the Garden.