Former NBA player Royce White, who has blossomed into a national spokesperson on race, social justice and mental illness, has written an open letter to NBA player Kyrie Irving, who was vehemently challenged by media and members of NBPA for suggesting that NBA players sit out the COVID-shortened season to focus on advancing social justice platforms.

In the letter, Royce expresses his support for Kyrie and calls for the formation of a separate coalition of like-minded Black athletes ready to embrace the opportunity for true revolutionary change. He also introduced “Operation Blank Bank” a vehicle to help financially empower the African-American community.

Former Iowa State basketball star Royce White, who grew up in Minneapolis, with a rousing speech. Ends by saying protesters will be on Hennepin bridge “until CNN covers this protest.” He, other speaker say national media only wants to show looting & fires in #georgefloydprotests pic.twitter.com/EmpsikOBZU

The revolution has begun. The climate of society is ripe for radical change. The systems of old are hanging on for dear life. The spirit of your intuition is shining through. First and foremost, I want to say thank you for your courage. I’ve watched in admiration as your willingness to challenge the status quo has mounted. I consider you a brother. We are comrades on the periphery, in a world that is overflowing with centrists. You have rightfully questioned the validity and competence of the system, its leadership and its motivation. For that, you have been placed in age-old crosshairs, being attacked from both sides.

They want to say you don’t have enough education to lead. They want to say you don’t have a plan. But you are not alone, and for that reason the plan they so callously call for doesn’t have to be yours alone either. The plan is all of ours. The plan comes from the cumulative experience and knowledge of the people and their will to move this society in a better direction. We are behind you and with you.

Nothing is ever said well without historical context. So that is where we will briefly begin. The brutal history of racism that exists in this country and around the world is well-known. A racism that is not just a reality of the past but also a constant threat in the present. A racism that underpinned the recent killing of George Floyd here in my hometown of Minneapolis.

The fury that sprung out around the world in response was historic. But it was not due to a novel awareness of racism. That fury was a result of the existential weight that the sin of racism has carried across time. The spirit of the people has grown restless and is fed up with racism. The spirit of the people is fed up with tyranny. The monopoly on violence can no longer masquerade as a measure of peace and safety, and it can no longer be at the expense of black people. The monopoly on violence isn’t the only monopoly that free people face. 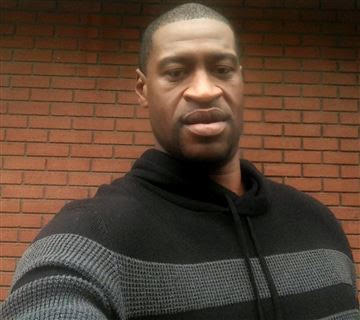 What exact action needs to be taken is an appropriate question. But not nearly as complex as some would have us believe. Many of those who promote the complexity of the race issue are often the same ones who send whispers through the crowd that subvert you. These individuals are not clearly distinguishable by race—they are of all races. Their allegiance is to the status quo. “What’s the plan?” they ask; the truth is they’re hoping you don’t have a plan. It justifies their participation and protection of the status quo. Even in the event that you provided a plan, it would be these individuals who immediately dismiss it.

What black athletes can do to leverage their societal position is even less complex. Many of these lukewarm centrists want to use leverage as a noun. But leverage is one of those unique words that does not exist without action. In that way leverage is the perfect reflection of what is needed now. Leverage is a verb, it requires use. If one doesn’t use their leverage, it simply does not exist in a real way. Anybody saying athletes should return to play in order to “leverage” their celebrity so they can speak about these issues on some “larger platform” does not understand the gravity of this moment. They don’t understand the call to social duty. As you and many others have recently voiced, our activism can no longer take shape as these infertile awareness campaigns. Everybody is aware, they’ve been aware. This time, only action will suffice.

With George Floyd we witnessed the brutality of racism. A brutality we must fight back against with our last breath, at all costs. Yet it’s the economy of racism that still evades our everyday focus and activism. Black people have no economic sovereignty in America. We were given civil rights, but that was premeditatedly impotent. Welfare has been a slap in the face to the black community. There’s been no genuine attempt at financial reconciliation. Black America has been at a disadvantage in the realm of finances and banking since its inception.

The economic power dynamic of master and servant, of visionary and foot soldier, of puppet and puppeteer is retained even within professional sports: the place where black men have their greatest influence and highest economic success. For all of the blacks who have been “given” the opportunity to play professional sports, for all the blacks who have been given the “privilege” to earn market value dollars in their respective fields, the black-white wealth gap is worse today than it was in 1968.

According to data from the historical Survey of Consumer Finances, the ratio of white wealth to black wealth was 10:1 back then. Today it is 11:1. More: 1-in-7 white families are now millionaires, for black families that number is 1-in-50. And here’s the kicker: the current 30-percentage-point gap between black and white homeownership today is actually larger than it was in 1968, when housing discrimination was legal.

This could speak to many things. But one thing is clear: When we are not allowed to leverage the influence we do have, we’re cut off from a lifeline that could provide a lot of support and opportunity to our black communities. What we’re saying is, “Let us leverage what we have so we can build more. So we can grow more. So we can help more.” It’s totally possible for these things to expand into areas outside of sports and enrich everyone. It’s not a zero-sum game. The power-hungry imagine that it is a zero-sum game because for them it’s all about greed. They don’t just want a lot, they want more than others. They want status. And status is always relative. It’s time for us all to change the status quo; something you’ve been fighting the good fight for for years now.

In this vein I would like to submit a call to action for the NBA and its players. There are many days of heavy frontline protests ahead, and I hope you’ll join us. For now, if you are to uphold the dignity of the progress that we see being made all around us, it is time you let your actions stand on their own. Led by you, the players should demand that a return to “business as usual” comes with each NBA team contributing the cash to build a black bank in their home city. This will be a match program where players and other sponsors contribute an equal amount for a second additional black bank. Overnight 60 black banks will be created in this country. This will be the start of “Operation Black Blank,”an economic initiative that all the other pro sports institutions can join.

As much as we would like to, we cannot expedite the process of justice; that would quickly become injustice. What we can do in the immediate is ensure that we tackle the foundational elements of what has historically kept the black community at a disadvantage—economic disenfranchisement—and work quickly to reshape the economic infrastructure of Black America. In demanding this, we must hold ourselves, our peers and the organizations we represent accountable.

When you go back on the court, when the NBA moves forward amidst the tragedies that have continued to occur in the black community, let’s ensure that it is done with a commitment to offset the current state of grave economic inopportunity. Let us set the stage for the NBA’s legacy to be woven into the right side of history, even if they don’t see the inherent need to do so on their own.

Change is upon us, and nothing short of real change will mean anything. Only the house built on a good and true foundation will stand. Everything else will be burned off and consumed by the perfecting fires of history.

I’m happy to correspond with you through a public platform. I have nothing to hide. We have nothing to hide. We built America and we want this country to print our money. We want them to give us credit. No more sensitivity programs. No more statements of solidarity. No more denouncements of racism or murder. No more writing checks out of pity. You can use your position for this type of opportunity and change. The ability to utilize the leverage we already have is the first sign of real enfranchisement and sovereignty. Thirty teams fund 30 newly created black banks. A gift of $15 to $20 million per organization. It’s imperative that we push for “Operation Black Bank” to be an FDIC-insured institution and deemed too big to fail; too integral for America’s future. Just like AIG, Goldman Sachs, JP Morgan Chase, Wells Fargo, U.S. Bancorp, American Express, etc. That’s real fundamental progress. Not the progress of slogans and ideologues. That’s real economic opportunity.

We’re with you my brother.

P.S. I was saddened to see the NBPA undercut your play as a leader in the next generation of global basketball culture. I can’t say it surprises me. As another suggestion, maybe it’s time that the NBA players help spearhead an independent Black Athletic Union (BAU). Something that consolidates the influence and interest of ALL black athletes and separates them from middle men representatives who’ve become comfortable within the system. In a society that is touting intersectionality, where is the overwhelming support for an intersectional coalition of black sportsmen and sportswomen across all athletic fields?