This is part of The Shadow League’s Black History Month In Focus series celebrating Black excellence in sports and culture.

Malcolm X’s murder is being re-investigated after a six-part documentary called “Who Killed Malcolm X?” was released on Netflix in February, 55 years after his assassination on Feb. 21, 1965.

Was it really three members of the Nation of Islam (NOI) — Talmadge Hayer or Thomas Hagan (a.k.a Mujahid Abdul Halim), Norman Butler (a.k.a Muhammad Abdul Aziz) and Thomas Johnson (a.k.a Khalil Islam) — who were convicted of his murder in 1966?

A hired gun? Was it a random racist? Or a plan concocted by heinous and bigoted government officials like FBI Director J. Edgar Hoover, who in a meeting with President Lyndon B. Johnson, had also said about Malcolm X and Dr. Martin Luther King, “we wouldn’t have any problem if we could get those two guys fighting, if we could get them to kill one another off…”

In the modern age, the term Black Nationalist is viewed with a great deal of disdain both from the American mainstream and many Black Americans as well. On Youtube, social media and on choice street corners in some of America’s big cities, the modern black nationalist seems to be more about screaming and yelling than actually doing anything.

However, the term Black Nationalist was once reserved for some our most beloved leaders and thinkers. Today, many who profess this philosophy do so out of the pursuit of personal gain and are no more capable of following in the legacy of Malcolm X and Marcus Garvey than lifting a boulder over their heads and hurling it a mile.

In Malcolm X, known as El-Hajj Malik el Shabazz after his conversion to Orthodox Islam, his example remains indicative of the quintessential Black Nationalist. Born Omaha, Nebraska on May 1925, Malcolm Little would evolve throughout his lifetime. 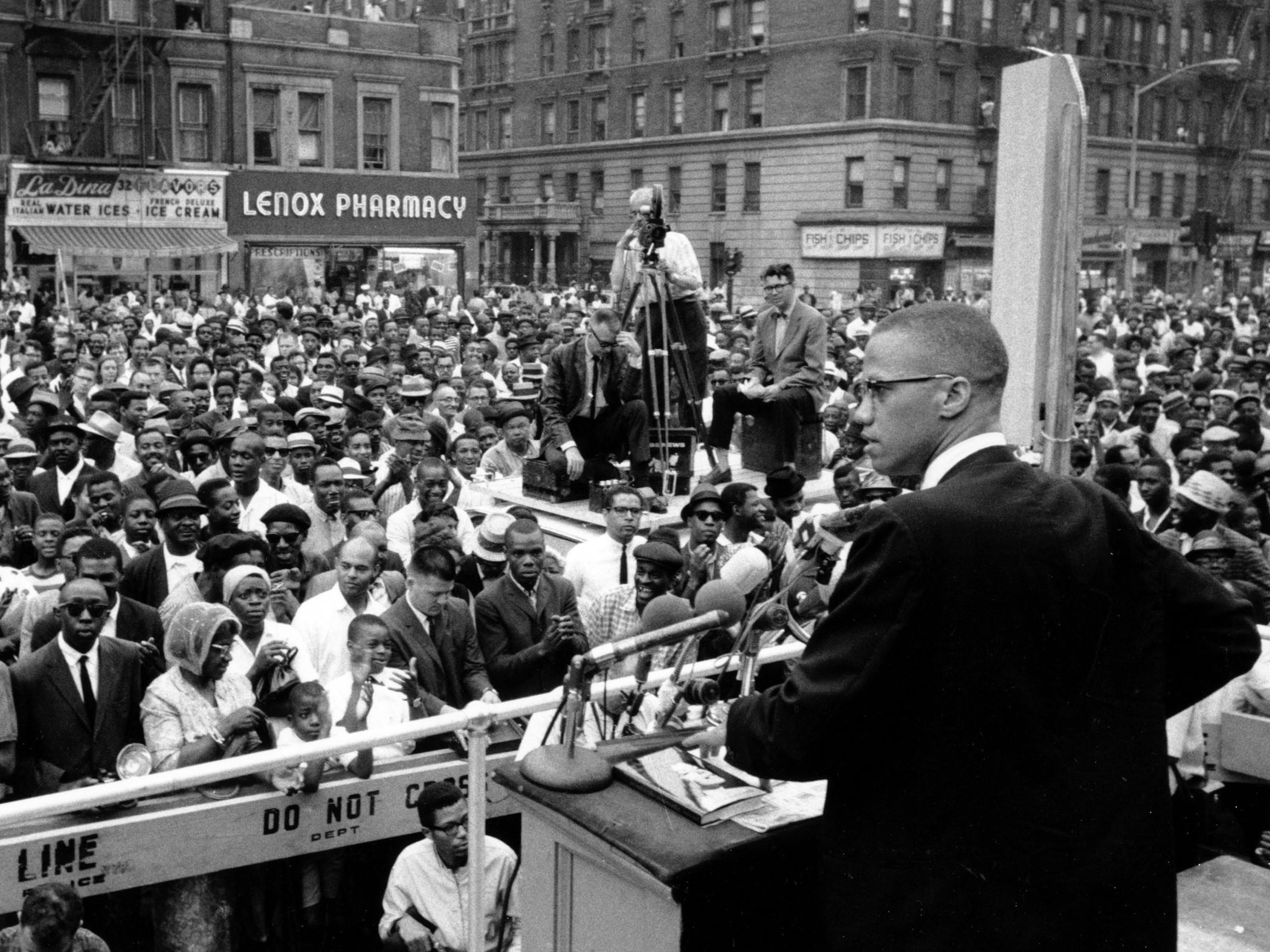 From orphaned foster child to street hustler and pimp to Black Muslim, Malcolm’s mind and discernment were honed to a razor-sharp edge in a manner that no single experience could accomplish. Even at his most polarizing, Malcolm remained one of the most popular orators of the time.

On February 18, 1965, Malcolm X gave his last full speech at Columbia University just three days before his assassination at the Audubon Ballroom, which is a ten minute walk from Columbia. Today, as Black interests in America are consistently and fiendishly placed on the back burner, his words resonate across time, as insistent and fiery as the day they first reverberated through the speakers some 52 years ago.

We miss him, we mourn him and remember him, as late actor Ossie Davis once called him, our shining Black Prince.