The New York Knicks have hired CAA’s William Wesley as executive vice president/senior basketball adviser, the team announced Wednesday. Wesley has been a consultant in the coaching division of Creative Artists Agency for 13 years and has a long professional and personal relationship with new Knicks President of Basketball Operations Leon Rose.

Wes actually groomed LeBron James and his entire crew. “He gave them the blueprint on how to be moguls and they took those jewels, basically ran off, and built their own empires,” a source familiar with Wes’ rise told The Shadow League.

James, Maverick Carter, Paul and Randy Mims have since become architects of creating opportunities for many others in sports, business, culture, and entertainment.

When it comes to the game within the game, Wes has a coaching tree deeper than Gregg Popovich’s.

During their successful run at CAA, Rose was the agent on paper, but the reality of the situation is that it was always Wes who was able to attract those clients and help secure talent. He was the power broker and he was able to move through the industry like a ghost, circumventing obstacles and get things done.

Just look at the list of his clients; it wasn’t just basketball. He knew Presidential candidates, everybody. So he got so powerful that word is, they made him become an agent for the coaches.

Seasoned In The Game

Wes has been a prominent figure in the sports and entertainment world for some time now. His exploits have been immortalized on wax by some of hip-hop’s all-time influential moguls.

Drake, gives Wesley a shout out on his popular diss track Back to Back, stating “I learned the game from William Wesley, you could never check me,” exposing Wes to a new audience. Wes was also referenced in Jay-Z’s verse in the song Pound Cake / Paris Morton.

One can argue that at 55 years of age with a lifetime of relationships now cultivated, elevating to New York Knicks executive is the next logical move for a man that has his fingerprints all over Black culture. He accomplished what some would call impossible.

His Wikipedia reads that his occupation is consultant. That’s pretty vague, especially for a guy whose name has rung bells throughout the sport of basketball, from the high school level to the pros, for over a decade. It’s vague but accurate. He mastered the game and spent a career putting dudes onto game.

“My long history with and respect for Jim Dolan and Leon Rose, as well as the chance to be part of the New York Knicks, made this an opportunity I wanted to pursue,” Wesley said in a statement. “I look forward to joining the current staff and moving the organization toward a successful future.”

Congratulations to William Wesley. A Black man who never played big-time college basketball, who probably can’t even hoop, but worked his way through the entire sports world and continued to blaze a path in the business through his close relationships with players such as Allen Iverson, Richard Hamilton, Michael Jordan, and LeBron James.

Back in 2012, they were writing stories about the mysterious and influential figure William “World Wide Wes,” who had long been tied to John Calipari and regularly attended games at UK and Memphis. Calipari called Wes “ a goodwill ambassador”  and 63 percent of college coaches polled back then said he was a huge factor in college recruiting.

The “30 for 30” film One and Done gave the world some insight about World Wide Wes for the first time. Those Kentucky squads that Calipari was credited with recruiting were the work of Wes’ gifted ability to get players to go there. He, in essence, schooled Calipari on how to get it done.

Said Calipari in the film: “Now I go to Memphis, and again how it works. Fate intervened in my life. William Wesley calls a meeting with me, I said OK.”

He adds: “The business has always been about relationships and you’re trying to create relationships that are beneficial to everybody. I’ll give you an example. William Wesley comes at me about Dajuan Wagner, OK. Now we benefited and how did they benefit? Dajuan made his money in the NBA [$7.4 million on his first contract]. That’s how this is supposed to work, someone helps you get a kid.“

“And when I say helping, there are many people in these kids’ ears, whether it’s the high school coach, an AAU coach, the uncle, someone is helping this young man make that decision. Now you create an ally because you coach one of their kids and you did right by them and that’s how this stuff rolls now.”

The addition of Wesley is just the latest unconventional addition in a major overhaul of the Knicks front office. They have added several scouts and then also hired highly respected executive Walt Perrin away from the Utah Jazz.

Not every New Yorker is happy with the way the Knicks have rebuilt the front office.

For instance, everybody comes up with this story that his relationship with Michael Jordan is the reason why he’s where he is. But a source familiar with Wes’ humble beginnings tells me that’s “1 billion percent false.”

If you know the deal, it was former Philadelphia Eagles and Miami Hurricanes great Jerome Brown — just go look at the tape. You’ll see World Wide Wes on the sidelines with the Canes’ back in the 80s…as far back as the National Championship game against Ohio State.

From 1983-2001, Miami won nine or more games in a season 18 times in 21 years and recruited the best high school football players in the country.

You have to give him his props as a Black man, who didn’t take the traditional route to glory and got to become a NY Knicks exec. He’s anti-establishment but ended up dictating how the game is played, defying great racial, social, and systemic odds in the process.

There’s a story that a friend of mine told me. He was at a house and World Wide Wes was there some years ago. Wes told everyone at the house that a Black guy from Chicago named Barrack Obama was going to be President and everybody started laughing. Wes knows Bill Clinton too. According to my source, “He knows all the big-time politicians.”

That was a clear example of how he stays a step ahead of the game. The Knicks are hoping he can bring some of that foresight to the franchise.

We can’t forget World Wide Wes grabbing up Ron Artest on the court during the unforgettable Malice At The Palace brawl between the Pistons and Pacers. Wes wasn’t even in a specific working capacity with an NBA team, but he was in the mix when history was being made. 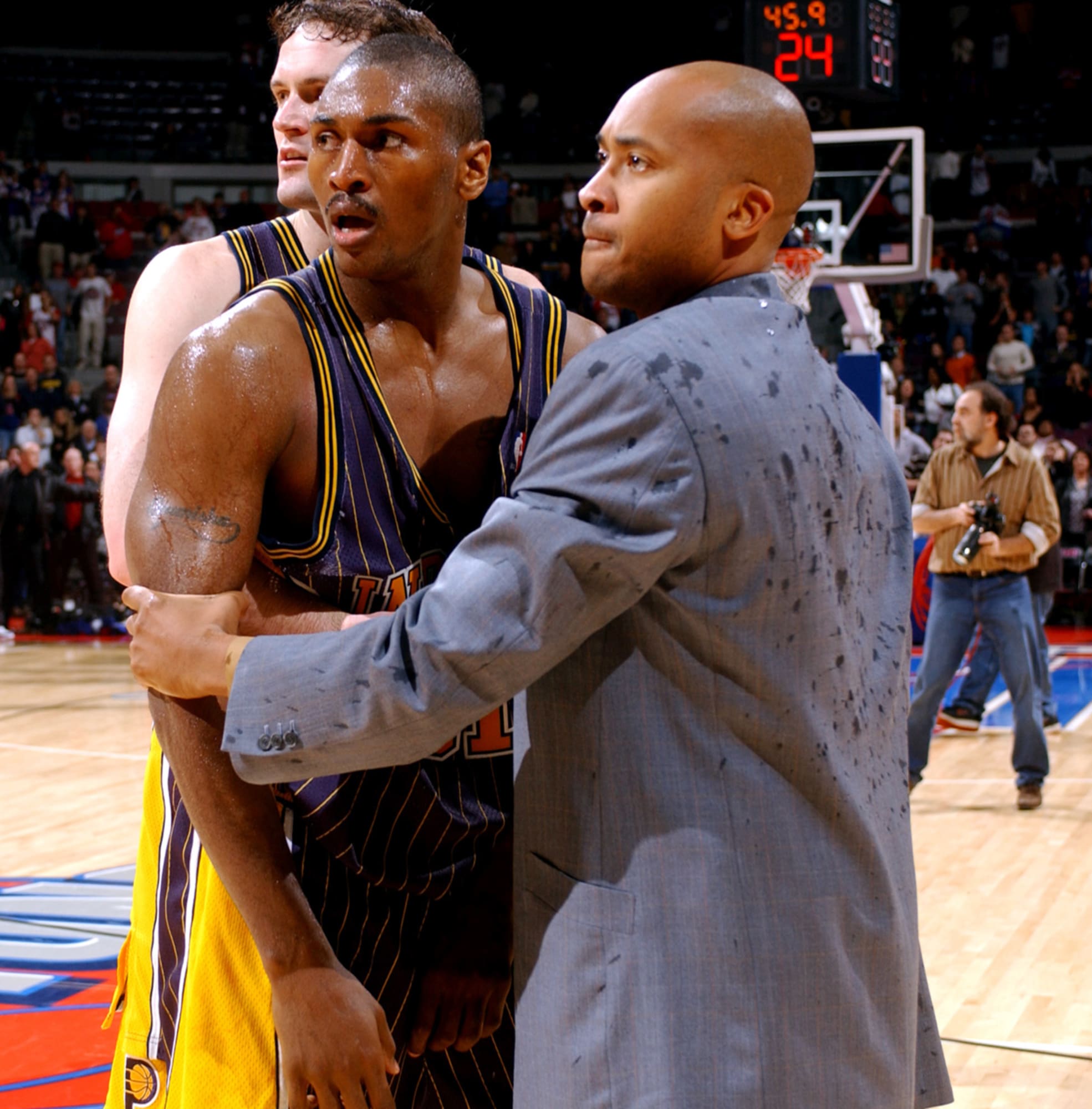 It’s common for him.

Now, he joins the team that is tasked with rebuilding the New York Knicks. Wes is the latest example of a Black man who didn’t have a prestigious upbringing that would easily help him rise up the ladder of success, but was able to build relationships, solve problems, leverage his power and endear himself to people. This allowed him to create a niche for himself as a major conduit and connector in the sports, business, entertainment and political world.

While some might have personal reasons why they don’t want him associated with the Knicks organization, WWW’s hustler’s spirit and vast network will definitely play well in New York and can only help a Knicks team that needs every advantage it can gain when it comes to rebranding, rebuilding and attracting top tier talent.